"If I want to encourage young
people back home to get to where I am,
I have to be an example."

“Now my son will have the opportunities
to make his dreams come true.”

“Today I work in a male dominated work force.
My father would be so proud of me.” 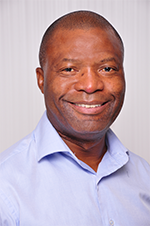 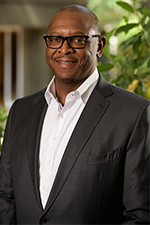 Nkululeko was the Executive Chairman and co-founder of the Tiso Group which was formed in 2001 and grew to a multi-billion rand investment company at the time of the merger.

He is currently a director of JSE listed Grinrod Ltd and MTN Group Ltd, he also serves as a non-executive director at Vanguard Group Limited (Ghana) and Tiso Blackstar Group SE (united Kingdom). He is also Chairman of Idwala Industrial Holdings (Pty) Limited.

Nkululeko also serves on a number of not for profit organisations. He is co-founder trustee of the Tiso Foundation, Chairman of the Homeloan Guarantee Company and Housing for HIV Foundation based in Washington D.C. 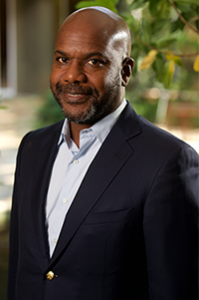 His experience spans almost 30 years in executive management and investment banking, and includes principle investing, corporate and project finance advisory work, debt capital raising, and financial derivatives in a number of countries, predominantly in Africa and Europe. He has also served on the boards of a number of South African, Nigerian and Ghanaian companies. He is a founder trustee of the Tiso Foundation, and a World Fellow of the Duke of Edinburgh’s International Award. David holds a BSc (Econs) Hons (London School of Economics) and diplôme unilingue de langue et Civilisation (La Sorbonne, Université de Paris). 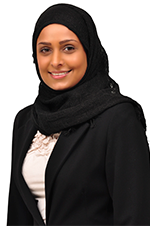 Safeera Mayet is a Director at the Tiso BlackStar Group and was previously the Group Head of Legal Services as well as Company Secretary of KTH. She completed her articles of clerkship with Tugendhaft Wapnick Banchetti & Partners (TWB) in Johannesburg and was admitted as an Attorney in 2005. She became a partner of TWB in 2008, where she specialized in corporate and commercial law, mergers and acquisitions as well as competition law. Safeera joined the Tiso Group in 2009 as the Head of Legal Services and Governance. She holds a BCom and LLB degree from the University of the Witwatersrand and an MBA from the Gordon Institute of Business Science. 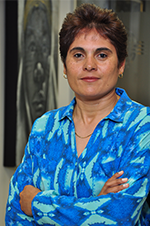 General Manager for Investments for the Foundation

Michelle Kimmie is the General Manager for Investments for the Foundation. She is the former General Manager of the Foundation and former Head of Transaction Management at Tiso Group (Proprietary) Limited. She holds positions as trustee in the following: Tiso Foundation, The AECI Community Education and Development Trust, Tiso AEL Development Trust, The Aveng Empowerment Trust, and Eris Property Group Employee Share Trust. Michelle holds a Higher Diploma in Taxation which she obtained through the Rand Afrikaans University and a BCom degree through the University of South Africa. 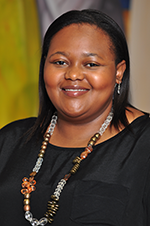 Bridget formally began her career at Anglo American South Africa as a Communications Officer. After which she moved to Tshikululu Social Investments, a corporate social investment fund management company, to manage the Anglo American Chairman’s Fund. With a broad knowledge and understanding of the corporate social responsibility and the development sector, Bridget made the move to the Tiso Foundation in 2009, joining as the Programmes Manager as was appointed General Manager of Programmes in January 2014. She holds a BA (Corp Comms) Honours degree from the University of Johannesburg.

Any cookies that may not be particularly necessary for the website to function and is used specifically to collect user personal data via analytics, ads, other embedded contents are termed as non-necessary cookies. It is mandatory to procure user consent prior to running these cookies on your website.